The Blue Mermaid had just headed up river as we began to carefully stow all our kit into Magwitch, examining every item for the unwelcome brown tailed moth caterpillars encountered in huge numbers on Darnet. My arms, neck and legs were already beginning to show signs of the skin irritation caused by their toxic hairs, as Carol and I vigorously shook our tents and quickly packed them – to prevent any re-infestation near ‘emigration control’ on the narrow strip of shingle where Magwitch was waiting and where we made our leave.

Looking back from just offshore, we could see much of the flora around the fort had been devoured. The white cloud of hawthorn flowers I remember wrapped about the curve of the fort entrance on my last visit in 1998, looks now like a thing of the past. The entire thicket has been eaten to death and blossom replaced by cottony communal caterpillar tents woven about their twigs. Other plants were so densely covered in caterpillars they fell off leaves for lack of room. I saw scores falling into the water surrounding the fort where their long hairs kept them afloat, before drifting to shore and tenaciously climbing back over the mud to start eating again. One or two even tried eating me. There have been other documented outbreaks like this, but their numbers in consequent years decline as nature somehow redresses the balance.

It makes me wonder about our own viral spread across the planet as our 7.5 billion souls are predicted to increase to over 9 billion in the next 30 years unless we learn some self control or a Gaian spirit finds other ways to govern us. Is Covid19 part of nature’s master plan I thought, as I increased the throttle to counter a turning tide in Gillingham Reach and where we caught up with the Blue Mermaid.

She was anchored not far from the rusty John H Amos steam paddle tug boat, which has been awaiting restoration on the waterside for many years. I was put in mind of JMW Turner’s painting ‘The Fighting Temeraire’ of 1838, where a ghostly veteran sailing ship from the Battle of Trafalgar, is being towed to be broken up by a fiery steam tug in an allegory of the modern world replacing the old; but on this bit of the Medway in 2021 sail has outlived steam, wind outlasted coal.

We could have used a sail later, when the engine stopped for want of petrol and we had a frantic paddle to a nearby buoy to refuel. Then suddenly it seemed, No8 Slip was off the port bow and we were almost back. We could have both happily stayed down river for far longer and ‘Escaping with Magwitch 2’ is going into our diaries soon – but in a season with no caterpillars and no nesting birds. 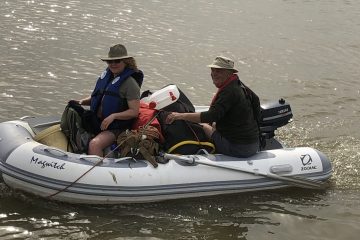 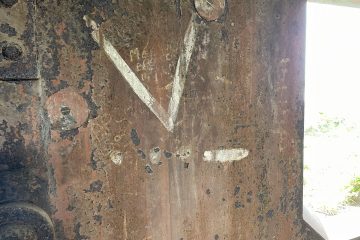 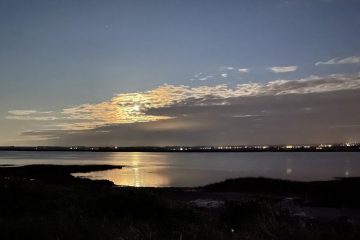 I was awake all night, first following the Moon (see the instagram feed), before transferring allegiance to the sun, which finally showed above the horizon at around 5am and threw its pink glow onto the Read more…